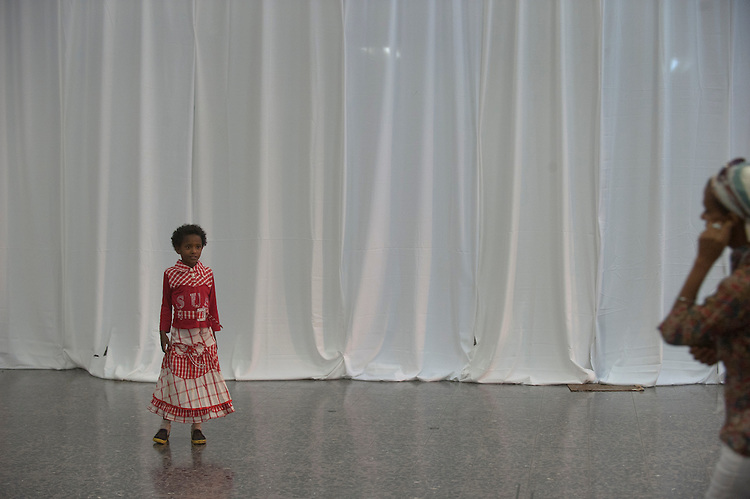 ISRAEL Ben Gurion Airport
A woman and a girl at an arrivals hall in Ben Gurion Airport, where 240 Falash Mura immigrants from Ethiopia have gathered as they arrived in Israel.
Some of the 240 Falash Mura, Ethiopians whose Jewish ancestors were forcefully converted by the mission into Christianity during the 19th and 20th centuries, have waited up to a decade in an immigration camp in Gondar, Ethiopia, to be brought to Israel. After Israel's government has decided a year ago to bring them, this is the first wave out of a few until 2013, named "Operation Dove's Wings".