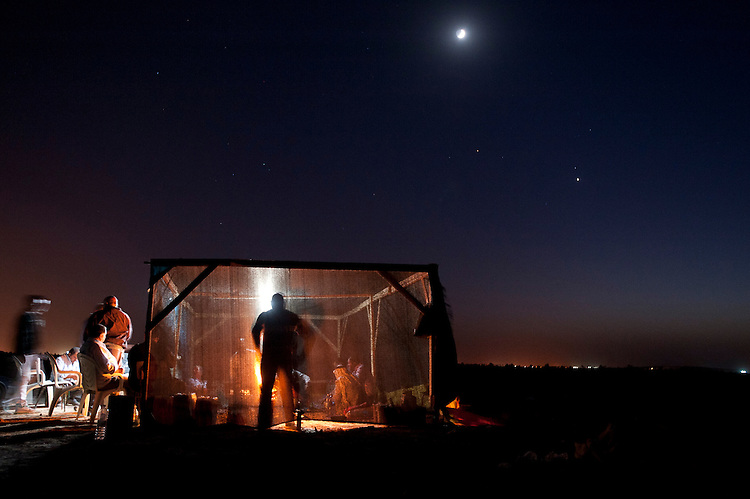 ISRAEL El-Arakib, Negev desert
Men gather in a shack to greet Sheikh Sayah Abu Mudegem al-Turi, leader of El-Arakib, after he was released from police detention. The unrecognized Bedouin village of El-Arakib, in Israel's southern Negev desert, is at the center of land dispute between Bedouin residents and Israel's government. Its residents were allowed to reside in the cemetery compound of the village, and as of October 8, 2013, structures outside the compound were demolished by authorities for the 55th time already in recent years.
Unrecognized