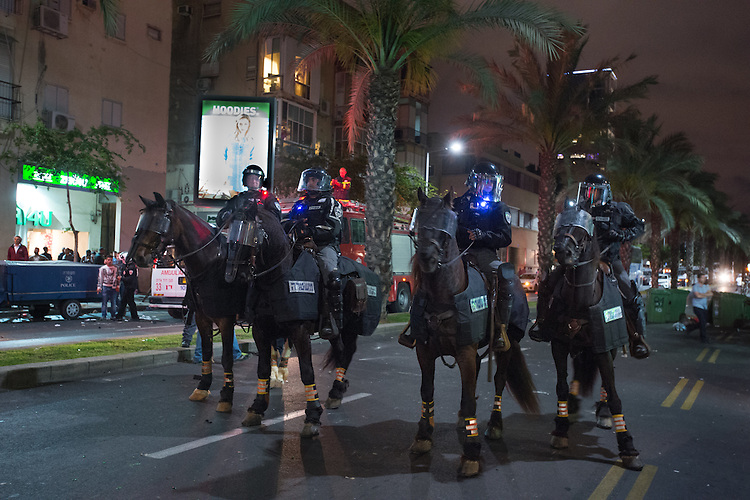 Israeli riot policemen at Rabin Square, as Ethiopian-Israeli protesters gather on site. Violent clashes between the sides erupted at the square, leaving dozens of wounded protesters and policemen, and many arrested.
Thousands of people took out to the streets of Tel Aviv to protest against Israeli police brutality and discrimination against Israelis from Ethiopian descent, after a video that went viral showed an Ethiopian-Israeli soldier beaten by policemen.